I thought I'd share a few of my favorite things we saw at Disneyland.

Indiana Jones!  One of my favorite rides.  I wish we'd had time to go on this more than once.  Because of the Ancient Egypt theme that the ride has, the hubs and I spent our time in line making Stargate references.  It only made the ride better. 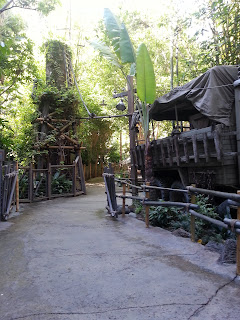 While waiting for Star Tours there are a bunch of droids that are being unpacked from their crates.  The one on the right was seriously adorable, but we couldn't get a good close up shot of him. 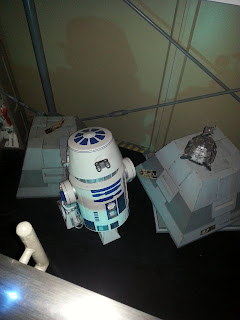 This guy is near the end of the line for Star Tours.  He scans passengers, which is what the screen next to him is.  Disney does a great job on the details because from the other side of that screen, you peak through and see what he's looking at and they actually look like real, working computers. 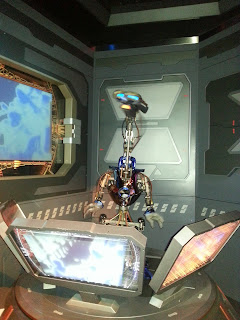 While exiting Space Mountain we ran into a little trouble with a storm trooper.  Also, my husband wants this costume. 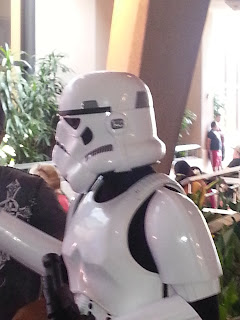 Far away shot of the Matterhorn.  It was approximately a million degrees while we were waiting to ride the monorail and we saw three guys climbing to the top of the mountain. 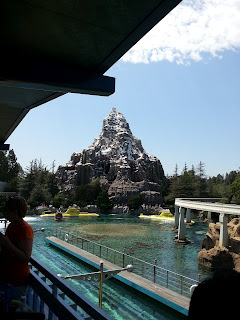 This is a shot in the new Carsland at California Adventure.  They did such an amazing job it really felt like we were out in the desert.  The scorching heat only helped the illusion. 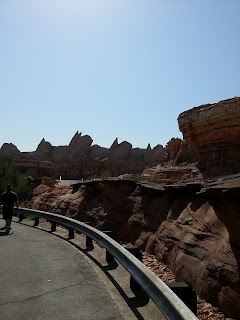 Email ThisBlogThis!Share to TwitterShare to FacebookShare to Pinterest
Labels: disney, star wars, stuff we do, vacation