I've received all of my packages from Etsy so I thought it was time to show off what I got and also let you know how I felt about each company I bought from.

First, we have Poppyseed Fabrics.  I bought this awesome dinosaur fabric from them.  I've been looking at it for a while. 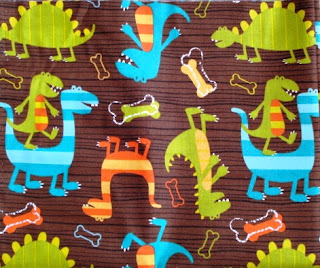 It was shipped the same day I ordered it and arrived really quickly.  The seller included an invoice, which I appreciated so that I could make sure I'd gotten what I ordered without having to go back to my email.

Second was Fabric Closet.  I ordered these two fabrics: 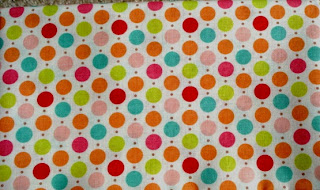 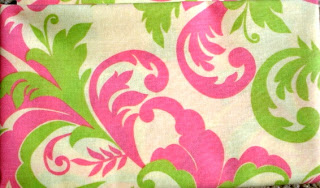 The polka dot one is from the new Riley Blake line that I love and the second is by Sandi Henderson and after eyeing it forever it went on sale so I had to have it.

I had another good experience, although this one didn't come with an invoice.  While not enough to keep me from ordering from them again, it would have been nice to have.  This one didn't ship until the next day, but still arrived quickly, even though she's in Colorado.

Next up is Ladybug Quilt Shop.  I picked up two more fabrics from the Sanibel line by Henry Glass. 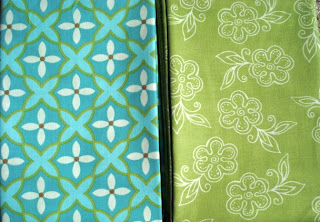 Again, I had a good experience.  This one didn't ship until two days after I ordered it, but since I could drive to her house in about 3 hours it still got here really quickly.  Again, no invoice.

Last is probably my best experience.  While the others were by no means bad, this seller just seemed to put the extra effort into it.  I ordered these colorful babies from Zipit. 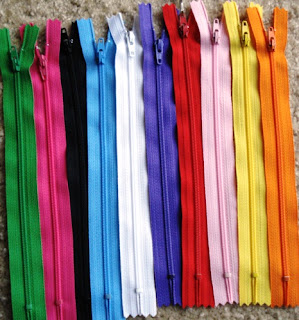 In addition to high quality items (which all the sellers had), she threw in a little something extra.  It's a cute little zipper pull that was attached to one of my zippers. 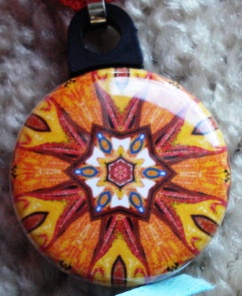 She also included a 10% discount on a future order, an invoice, and sent me a message within a couple hours after I purchased my items.  While this package took the longest (because the seller was in Wisconsin), it was shipped within the first couple hours.  It still only arrived a day after the others.

Overall, I'd have no problem ordering from any of the sellers again, but I'm very excited to have found Zipit and I'll probably be ordering most of my zippers from them from now on.

Who are your favorite Etsy sellers?
Posted by Megan at 7:06 PM No comments:

I'm finally going to buy some of the fabric I've been looking at on Etsy.  Since I can't seem to find one retailer who carries all of the ones I want, I'm buying from four different stores.  So I decided to turn it into an opportunity to review these stores and share that info with you in case you're looking to buy from some of the same stores.  I'll be placing my order today and then sharing info with you along the way.

Feel free to follow me so that you can get updates as I post them.
Posted by Megan at 12:39 PM No comments:

Tuesday night DH and I decided to have nachos.  Our recipe was inspired by this blog post.  I was feeling lazy though and didn't feel like looking up the actual recipe so I just winged it.

Here's my version:
I started by throwing a can of cooked chicken into a pot.  I broke it up because I wanted shredded chicken and these fall apart really easily.  Then I added a can of black beans, drained.  Then about 1/2 to 1 cup of salsa.  I let that heat up while I put chips on a plate.  We used whole grain chips and they were delicious.  Once heated, spread it over the chips and add some shredded cheese on top.

They were really good.  Definitely something I'd make again.  This meal also convinced DH that nachos were more than just a snack food and could make a legitimate dinner.
Posted by Megan at 11:25 AM No comments:

Email ThisBlogThis!Share to TwitterShare to FacebookShare to Pinterest
Labels: recipes

I finished another book.  It took me a while to find another one I wanted to read.  I read Bee Season by Myla Goldberg about a young girl who stuns her family when she wins her school spelling bee.  My only issue with this book was the number of errors still present, but after I finished it I noticed that the back of the book says that it's not really intended for the public because it's an un-edited copy.  I have no idea how my library got it, but they did.  Outside of that (which isn't the fault of the author), the book was awesome.  Goldberg's ability to tell a story is phenomenal.  She has a style that really sucks you in and gives just enough detail to make you feel like you can see what she's talking about without making you feel like it's just a bunch of long descriptions.

I hope she has other novels so that I can read more of her work.
Posted by Megan at 5:45 PM No comments:

Email ThisBlogThis!Share to TwitterShare to FacebookShare to Pinterest
Labels: books

Have a wonder St. Paddy's Day.  I didn't do any crafts or cupcakes or anything this year.  I was feeling lazy and instead of using the Girl Scout Thin Mints to make something like I planned, I've just been eating them.  I think I'm ok with it.  Maybe I'll make a chocolate mint cupcake soon, but that won't happen today.

Today, I get to finally see my best friend.  We haven't been able to get together since back in November.  That's way too long when we used to see each other at least every other week and at one point lived together.  I am very excited.  I may also be coming home with some goodies since I plan to do some shopping while I'm there.  I can't wait.

For the rest of you, enjoy your green beer, shamrocks, and leprechauns today.  And don't forget to wear green so you don't get pinched.
Posted by Megan at 9:14 AM No comments:

On Saturday DH and I were trying to come up with something to do when we remembered that the Celtic Faire was in town.  I'd never been to one and it had been many years for DH so we decided to go.  It was ok.  I was a little disappointed.  It seemed a bit unorganized.  The food was good, but the rest of it just seemed lacking.  We still had fun watching the Highland games and checking out the costumes.
Posted by Megan at 10:09 AM No comments:

I finally got a chance to add the borders to the baby quilt. 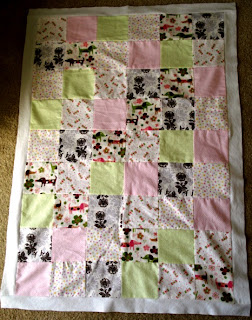 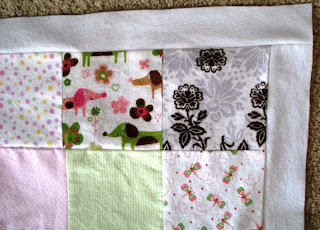 They aren't perfect, but I was pretty pleased with how easy it was to add them.  I need to get some yarn to tie the quilt and then I can finally put it all together.  I am so excited to see it coming together.  I really hope that the new baby and her parents like it.
Posted by Megan at 10:09 PM No comments:

I requested time off for an actual vacation.  This is the first time I've done it outside of my honeymoon.  DH and I are trying to plan a weekend trip for our anniversary in April.  I can't wait.  I just can't think of anywhere to go.  Any ideas within northern California?
Posted by Megan at 12:35 PM No comments: